(Seen on the cover of The Sin Collector: Sacrifice) 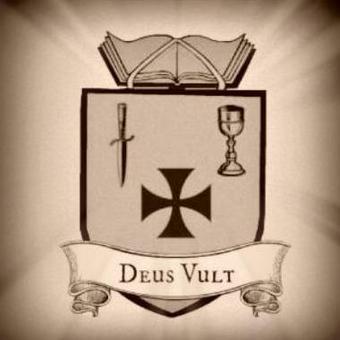 Although the entire meaning of the Castus Crest (which graces the cover of Sacrifice) will not be disclosed until Book 3 of The Sin Collector Series, Origins, here are a few hints!

The shield is a timeless symbol of armor and defense found often in military emblems through time.

In Sacrifice, Lily will learn the strict doctrine the Castus follows. This includes a biblical story about how Collectors came into existence.  However, this story is part of a much larger text. This is shown in the large book placed upon the shield. In Origins, we will find out how these “hidden books” will commingle with religious texts we already know.

Collectors can only be harmed or killed using a specific blessed dagger, located in the upper left portion of the shield.

The chalice located on the upper right portion of the shield symbolizes a holy sacrament.  A sacrament being a sacred rite is a pivotal part of many religions.  You will learn more about these rites in Origins.

An Equal-Armed Cross, also referred to as the square cross is found in ancient cultures, predating Christianity. Many people believe it represents the four seasons, four winds, or the four elements.  To the Castus, it represents something a bit more sinister and there is a reason they use it instead of the unequal Christian cross.

The meaning behind Deus Vult, a Latin phrase bannered across the bottom of the crest…well you’ll just have to read Sacrifice to find out where that fits in! 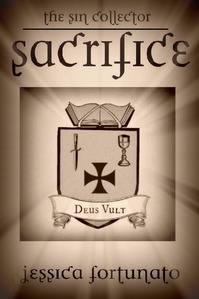 Buy Your Copy of Sacrifice Today!