A Symbol Of Protection For Collectors

I have gotten many messages on both my site and Twitter asking the same question.

What does the symbol on the cover of The Sin Collector mean?

Although I liked having my secrets (since I designed it) I thought it would be fun to share its symbolism with all of you.

After all, you guys are amazing and you deserve to know!

If you have read the book, you know that the symbol on the cover is actually a tattoo in the story.  It allows one Collector to be in close proximity to another without physical pain.

(For a more in depth explanation, you can find the book here)

A symbol, or mark, would have to pack quite a punch to protect someone from hundreds or thousands of Sins.

The ritual for receiving the Mark Of Protection is vaguely described in Book One.

I know this drove many people crazy!

I promise that you will get a firsthand account of the ritual in Thomas's story and Book Two.

Patience is a virtue you know.

So here it is.  Following the cover image below, is its meaning.

Would you proudly display it on your body? 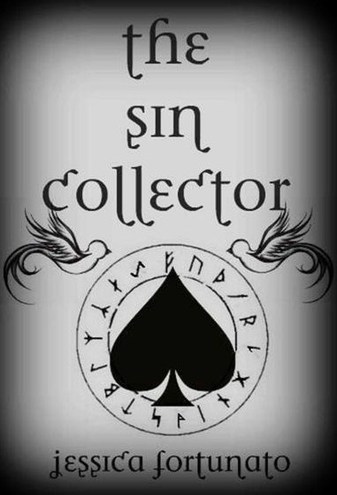 The Spade has a history predating playing cards. Some thought of the Spade as a bad omen, symbolizing death. Although death is one of the interpretations, there are others less literal.  In Tarot, it can symbolize the death of something old and the birth of a new opportunity.

The ending of the past, to make way for the future.

Used like a shield to keep the old Sins at bay.

In ancient times, sparrows were thought to carry the souls of the dead up to the Gods. To kill one was bad luck, for if you killed it, the Sparrow could not complete its Heavenly mission.

Collectors release the soul from the burden of Sin, they however do not help in the crossing of the soul.

Fourteen Runes were chosen for this design, (there are 24 total) each one for its particular meaning.  In the beginning, Runes were used as script for Germanic languages before the conversion to Latin.
Runes are heavily utilized in ritual magick today as well.
People often wear a Rune as a talisman for abundance, protection, or luck.
Runes are also used in Divination.  Divination is the attempt to gain insight, or predict the outcome of a situation.
It is one of the earliest forms of fortune-telling, you cast your Runes to see your Fate.

Each Rune has a distinct purpose and meaning. As you will discover below, each one would either protect the Collector branded, or at least reject outside energy while keeping a natural balance.

The Runes have been placed in a Circle.  The circle having no beginning or end.

Find the meaning behind each Rune in the Tattoo below. 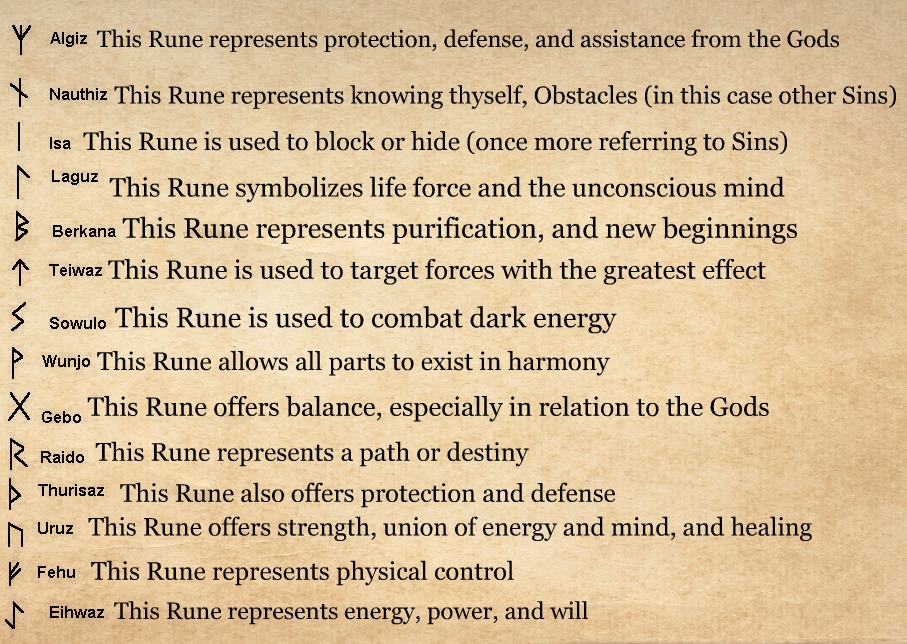 These symbols combined create the Mark Of Protection. Together they have immense power.
So there you have it.
You've been Collected